In order to provide a spark to the pass game, Klenakis does draw from a three step package in the Pistol. When he does, its usually the Y Option route. Its a four man route with the focus predominantly on the release of the tight end. Keeping the 11 personnel intact, Klenakiss favorite formation to run this is out of the tight/trips set (See Diagram 4). The offensive line slide protects with the tailback filling for the releasing tight end. To the trips side, the Z receiver will run a clear out route, with the slot receiver on a 14-yard out route and the tight end on an option route  one that can break outside or inside. The single receiver away from the play can run either a hitch, fade, or slant depending on the pre-determined call.

Our QBs pre-snap read is that single receiver. Well try to isolate our best guy. If we feel we have a mismatch, well tell our QB to go to him right away and let him make a play. Well take that until they take it away says Klenakis. Once they start to roll to the single receiver side, well look opposite. The tight end is going to attack the inside shoulder of the flat defender. If he floats to the out route by the slot, well hook up with the tight end right away. If we see the defender sitting there, well then go to the out route by the slot and, hopefully, the clear out by the Z would leave us with some running room out there.

Usually the progression for the QB is to read the safeties pre-snap. One high safety denotes cover three or cover one, so the first read would be the single WR side on a one on one matchup. If there are two deep safeties, denoting some type of quarters or halves coverage, going to the trips side would make more sense. Either way its a universal route, says Klenakis. Youre never a play behind with this play. Its a crucial go-to play in passing situations. 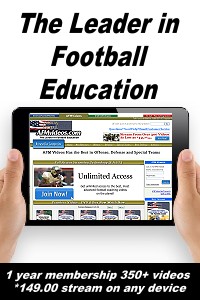 Digital Download - 304 Pages of Football Forms for the Winning Coach 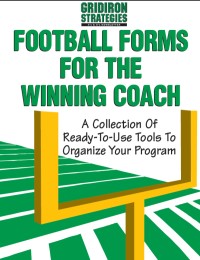 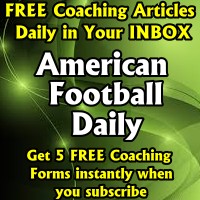 NEW! Get the Manual 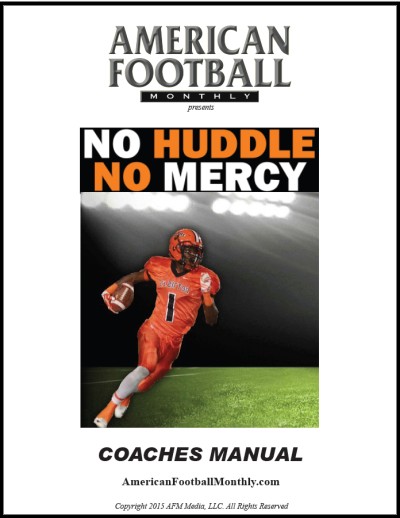